You are here: Home / Criminal / How is Drug Possession Defined?

Although most countries have constitutions and other documents which state otherwise, there is usually a presumption of guilt in criminal cases. That’s especially true if the defendant is in jail for a violent crime. Most people assume that if authorities arrest the defendant, the defendant probably did something wrong. This presumption is especially high in foreign countries where trials are formalities and people who question police tactics often end up behind bars themselves.

The United States is different. Judges are authoritative figures in Georgia, especially when they wear black dresses and wield hammers. When the judge reminds jurors about the presumption of innocence and the burden of proof in a criminal case, the presumption of guilt usually goes away.

Therefore, a Marietta criminal defense lawyer has an excellent opportunity to successfully resolve drug possession cases. Truthfully, drug possession defendants are usually guilty from a moral perspective. Typically, they make poor choices and wind up in the presence of illegal drugs. But these things are not legally wrong. Instead, the defendant is only guilty of drug possession if the state proves each of the three elements beyond a reasonable doubt.

Prove it Was Illegal 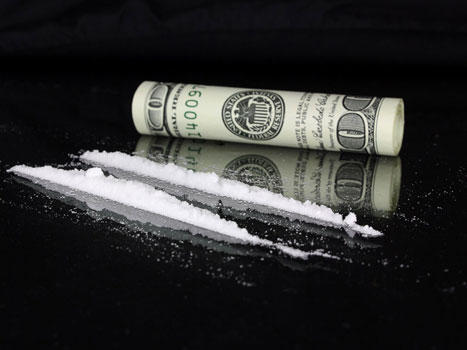 Once again, there are normally two types of cases in this area. Sometimes, it’s very easy to prove the substance was illegal. Other times, it’s almost impossible.

Unscientific “field tests” do not hold up court. In 2019, sheriff’s deputies arrested the quarterback at nearby Georgia Southern University and charged him with cocaine possession. The arresting officer resigned when scientific tests revealed that the substance in question was bird poop. These incidents make the headlines because they are quite rare.

Technical, non-scientific questions sometimes arise as well. The controlled substances list is not set in stone. Legislative bodies often add or delete substances. Certain administrative bodies have this power as well. So, there is a chance that the substance was not technically illegal at the time of the arrest.

Marijuana is a special case. This substance, which is illegal, is physically indistinguishable from hemp, which is legal. They look, feel, and smell alike. A specific kind of scientific test is the only way to distinguish them, at least beyond a reasonable doubt. The state has the burden of proof, so it must perform this expensive test, or the charges will not hold up in court.

The aforementioned cocaine/bird poop charges might have also involved possession issues. The substance was on the hood of Shai Werts’ car. In Georgia, motorists possess anything in the passenger compartment or trunk. The law says nothing about the hood.

Proximity is only one component of possession. The state must also establish knowledge and control. Mike might be in the passenger seat of a car. But unless he opens the glove compartment, he most likely does not know what’s in it. Furthermore, if the glove compartment is locked, he has no control over it.

In our experience, most drug possession cases involve one of two scenarios, the crack house (for lack of a better phrase) and the vehicle stop.

Drug house busts usually involve lengthy investigations. Generally, officers get a tip from an informer about a possible drug house. Then, they watch the location, collecting signs of drug-related activity, such as people who enter and leave quickly or persons who behave differently when they enter than when they leave. Based on all this information, authorities obtain a search warrant and raid the location.

Is the search warrant legal? The informer’s tip is usually the key. Activity at the house most likely constitutes reasonable suspicion. That’s a lower standard than probable cause, which is the level of proof required in search warrant matters. At best, the activity is corroborating evidence, https://neurofitnessfoundation.org/xanax-alprazolam/.

Most informants provide information in exchange for leniency in another matter (e.g. “tell us where you got the dope and we’ll go easy on you”) or a substantial cash payment. As for paid informer tips, police officers often pay thousands of dollars for information in these situations.

Incidentally, beware of leniency offers. Police officers have no legal authority to offer these kinds of deals. Judges and prosecutors often, but don’t always, follow police officer recommendations in these situations.

Back to informer tips. Many people will say almost anything for love or money. So, most Cobb County judges at least question this information’s reliability. If the search warrant does not meet legal requirements, the seized evidence is inadmissible.

Vehicle stop cases rarely feature search warrants. Events transpire too quickly. So, prosecutors must normally rely on a search warrant exception, such as:

Another common exception is the aforementioned reasonable suspicion searches. In these situations, officers may detain suspects, pat them down for weapons, and seize contraband they find.

drug possession is a nonviolent crime

This final element has the most moving parts. Especially since drug possession is a nonviolent crime, if there are questions in this area, prosecutors are usually willing to offer favorable deals, like pretrial diversion or deferred disposition. These resolutions do not give defendants their day in court. However, defendants who successfully complete these programs have no conviction records.

Usually, that guaranteed outcome is better than rolling the dice at trial. As mentioned, juries are more sympathetic in these cases. But there is still no way to predict how jurors will view the evidence in a certain case.

Drug possession cases are frightening, but there’s a big difference between an arrest and a conviction. For a free consultation with an experienced criminal law attorney in Marietta, contact The Phillips Law Firm, LLC. Virtual, after-hours, and jail visits are available.

According to a federal jury, before she was center stage in a slew of reality TV programs, Julie … END_OF_DOCUMENT_TOKEN_TO_BE_REPLACED

In the months leading up to this tragic school shooting in a quiet Texas town, the gunman apparently … END_OF_DOCUMENT_TOKEN_TO_BE_REPLACED

Thanks to a new law, the number of hate crimes that went to Georgia courts was up over 500 percent … END_OF_DOCUMENT_TOKEN_TO_BE_REPLACED