You are here: Home / Ga State laws / Getting Around the Graves Amendment in Marietta

Although it is more stable today, Georgia is still a very transient society. Most people relocate about twelve times during their adult lifetimes. Some people move to be closer to work, and some move for financial reasons. Other people move to be closer (or further away from) family. Typically, money is tight at these times. So, many families try to save money with a U-Haul or other rented moving truck. 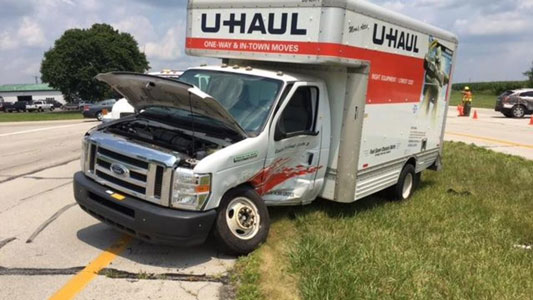 These large vehicles are difficult to drive. In many cases, a vehicle of that size might require a commercial drivers’ license. Additionally, most of the drivers are in unfamiliar territory. As such, they may have one eye on the road and one eye on a GPS navigation device.

So, during the spring and summer moving season, U-Haul wrecks are quite common. These vehicle collisions often cause serious injuries, and as a result, substantial compensation may be available. But commercial negligent entrustment cases have an unusual wrinkle due to an obscure federal law you have probably never heard of.

All truck wreck claims have a foundation, and if a rented truck hits you, that foundation is negligent entrustment. This legal doctrine, which is common in teenager tortfeasor (negligent driver) cases, applies if the vehicle owner knowingly allows an incompetent driver to use his or her property. To establish, incompetency, the victim/plaintiff may use:

Private negligent entrustment claims also arise any other time an owner loans a vehicle to an incompetent driver. That could be a roommate loaning a truck to a roommate.

The “Trade or Business” Exception

Under subsection (a)(1), negligent entrustment immunity only applies if the vehicle owner or agent “is engaged in the trade or business of renting or leasing motor vehicles.” The statute does not define this key phrase, and as mentioned, lawmakers did not define it during committee meetings or floor debates. So, Cobb County judges must use the phrase’s ordinary commercial meaning.

The IRS defines this phrase as “any activity carried on for the production of income from selling goods or performing services.” That definition is so general that it is pretty much useless.

The Uniform Commercial Code, which governs many breach of contract and other commercial cases, does not define this exact phrase. But it does define a “merchant” in Section 2. This person is one of the following:

Since most moving truck rental companies or agencies are not in the trade or business of renting motor vehicles, the Graves Amendment is probably inapplicable in most commercial negligent entrustment cases.

The “Not Otherwise Negligent” Loophole

Pursuant to section (a)(2), negligent entrustment liability only applies if “there is no negligence or criminal wrongdoing on the part of the owner (or an affiliate of the owner).”

At the time lawmakers passed the Graves Amendment, this description probably applied to almost all owners and affiliates. Since there was no effective way to verify a drivers’ license, most vehicle rental companies just required their employees to visually inspect the license.

But technology has advanced by leaps and bounds since 2002. Today, it is rather easy to electronically verify drivers’ license validity and also inspect driving records. As a result, such an in-depth verification is arguably the new industry standard. Violating any industry standard is strong evidence of negligence.

Many courts have gone a step further. They apply the aforementioned direct/circumstantial evidence analysis to commercial claims. If the customer’s license was invalid, a category which probably includes an expired drivers’ license, negligent entrustment liability may attach as a matter of law. If the customer had a poor driving record, there is a presumption of negligence.

Reach Out to an Assertive Lawyer

Commercial negligent entrustment cases are very complex. For a free consultation with an experienced personal injury attorney in Marietta, contact The Phillips Law Firm, LLC. You have a limited amount of time to act.