The Georgia Supreme Court reviewed an Appeals Court case involving the value of a dog’s life, not just the fair market value of the dog due the owners but its actual value. The dog in this case is Lola, a mixed dachshund breed, who died shortly after boarding at Barking Hound Village, LLC. 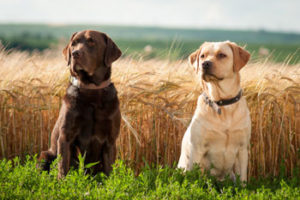 Lola was apparently given an arthritis medication meant for Callie, visit http://www.papsociety.org/prednisone/ a larger mixed Labrador retriever, who was boarded with her. Robert and Elizabeth Monyak, their owners, left dosing instructions for Callie. After collecting their pets, they discovered that Lola was in acute renal failure and believed that the kennel mistakenly gave Lola the medication intended for Callie.

The Monyaks spent nine months and around $67,000 treating Lola, traveling from Georgia to Florida for their dog. They felt compelled to sue Barking Hound Village for Lola’s death and the expenses incurred in treating her, but Fulton State Court felt that they were only due the fair-market value of the dog. The Court of Appeals supported the trial court’s judgment.

The Supreme Court agreed with that portion of the Appeal Court’s decision, noting that sentimental worth of a pet is not recoverable; however, the Court pointed out that “both qualitative and quantitative” evidence could be used to determine the pet’s fair market value. The Court concluded that the owners are entitled to recover the reasonable costs spent on their pet’s care when its injuries are due to another’s negligence, and the reasonableness of both treatment and cost should be set by fact-finders in case.

The Supreme Court returned the case to the Court of Appeals for further proceedings.

In 2021, Cobb County had one of the highest arrest rates in the state. The direct consequences of a … END_OF_DOCUMENT_TOKEN_TO_BE_REPLACED

A Lumpkin man, who now faces about a half-dozen criminal charges, is the latest person to get caught … END_OF_DOCUMENT_TOKEN_TO_BE_REPLACED

Several things happen if you refuse a Breathalyzer in Georgia. To encourage, or rather force, more … END_OF_DOCUMENT_TOKEN_TO_BE_REPLACED

Historic violent crime levels are prompting citizens to go to the polls in 2022. Although everyone … END_OF_DOCUMENT_TOKEN_TO_BE_REPLACED