As defined by O.C.G.A. § 16-11-126 (e), Georgia law allows gun toters from out of state to carry weapons with their respective licenses if their states reciprocate the same right to Georgians traveling in their states. The state, however, will not recognize licensed Virginians because their state “only recognizes Georgia permits for gun owners 21 or older.” The former attorney general (AG) began this policy, and the current AG hasn’t lifted it. 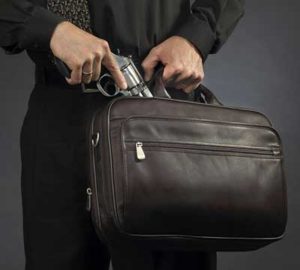 Georgia Carry, a gun rights group, has proclaimed this policy opposes state law and has sued the current AG on behalf of the group, Virginia Citizens Defense League (another gun rights group), and a licensed Virginian who won’t visit his Georgia relatives because of the policy. The AG’s office explained that reciprocity includes all licensed carriers. In Georgia, if a person has completed military basic training, is active duty, or honorably discharged, then he or she can obtain a carry permit at age 18. Because of Virginia’s limits on age, the state is not truly reciprocating Georgia’s licensed gun owners.

An attorney with Georgia Carry claims that the “case is really about the Georgia statute, which says Georgia will recognize a license issued by another state that recognizes Georgia’s.” He believes the AG overstepped and the decision rests with the Legislature.

In 2021, Cobb County had one of the highest arrest rates in the state. The direct consequences of a … END_OF_DOCUMENT_TOKEN_TO_BE_REPLACED

A Lumpkin man, who now faces about a half-dozen criminal charges, is the latest person to get caught … END_OF_DOCUMENT_TOKEN_TO_BE_REPLACED

Several things happen if you refuse a Breathalyzer in Georgia. To encourage, or rather force, more … END_OF_DOCUMENT_TOKEN_TO_BE_REPLACED

Historic violent crime levels are prompting citizens to go to the polls in 2022. Although everyone … END_OF_DOCUMENT_TOKEN_TO_BE_REPLACED