You are here: Home / Criminal / Formal and Informal Expungement and Sealing in Cobb County

In 2021, Cobb County had one of the highest arrest rates in the state. The direct consequences of a criminal conviction usually include court supervision and a fine, especially if the defendant has no criminal record. The indirect consequences are often much worse. Assaults, even misdemeanor assaults, are a good example. A conviction usually means problems in family court, even years after the conviction. Additionally, assaults often involve deportation and exclusion matters.

Legally, judges and court officials must only warn defendants about the direct consequences of a criminal conviction. A Marietta criminal defense attorney does much more than warn defendants about such consequences and help them prepare for these effects. In many cases, an attorney can limit collateral consequences, or even eliminate them altogether. It’s hard enough to live life without a stain on a permanent record. Formal or informal expungement makes life a lot easier to deal with. 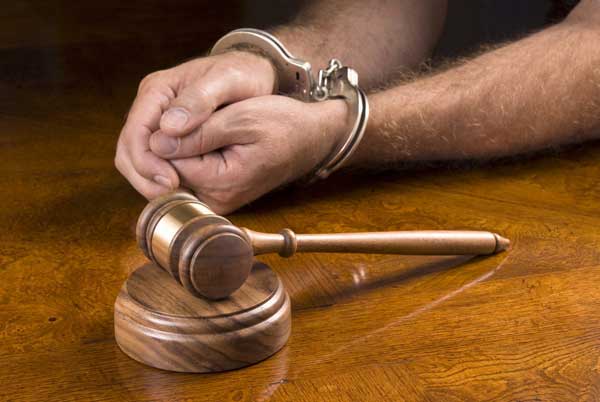 One advocacy group defines these effects as “legal and regulatory restrictions that limit or prohibit people convicted of crimes from accessing employment, business and occupational licensing, housing, voting, education, and other rights, benefits, and opportunities.” Let’s unpack that dense definition.

Employment effects are usually the worst collateral consequences. To limit these effects, many jurisdictions have passed “ban the box” laws which prohibit employers from asking about criminal histories during screening interviews.

These laws may have had the opposite effect. Since information about criminal pasts is unavailable, many employers make assumptions in this area, usually based on ethnicity. Additionally, even in ban-the-box areas, employers can still ask about such matters later in the process. So, in the words of one advocate, bosses can still discriminate. They just can’t discriminate as quickly.

On a similar note, once again as a policy matter, many state agencies don’t issue licenses to people with certain criminal convictions on their records, no ifs, ands, or buts.

As for lost educational opportunities, criminal records don’t technically derail student aid applications, at least in most cases. However, a criminal past basically forces an applicant to go to the end of the line. By the time the applicant’s number is called, the money is often gone.

For many people with criminal convictions, it’s a good time to be alive. Georgia’s 2020 Second Chance Law significantly expanded the formal expungement and sealing mechanism in the Peachtree State. This law ended the cumbersome application process, at least for offenses committed after July 2013.

Additionally, it gave almost complete discretion to prosecutors. That sounds like a bad thing, but it’s usually a good thing. Typically, prosecutors try hard to convict as many defendants as possible. That’s the only way to move up the corporate ladder. Once again typically, many prosecutors don’t much care what happens after the judge’s gavel falls.

Most non-sex crime misdemeanor are eligible for record restriction, even if the applicant has multiple convictions. DUIs and family violence assaults usually aren’t eligible, although there are some exceptions.

Felonies are a bit more complex. Restriction is a one-time deal. Any prior conviction usually ruins the deal. Additionally, these applicants must receive pardons before they apply. That’s daunting, but it’s not as daunting as many people think it is. Typically, if the defendant’s sentence expired more than five years previously and the defendant has made some life changes (found religion, got a new job, moved to a new area, stopped drinking, etc.), the governor often signs off on these requests. That’s especially true if the pardon application jives with the governor’s political agenda.

Record restriction is basically record sealing. Only judicial and law enforcement agencies, along with a few state licensing agencies, have access to these records. As far as employers, lenders, and other members of the general public are concerned, the record doesn’t exist. In fact, if anyone asks about a sealed record, the person can legally answer “I don’t have a criminal history.”

We mentioned that prosecutors have almost complete discretion to grant these restriction applications. Usually, when applicants file for relief, prosecutors reach out to prison officials or probation officers. If these officials agree with the application, or at least don’t oppose it, prosecutors often rubber-stamp it.

Most criminal offenses involve procedural, substantive, and/or affirmative defenses. The defense doesn’t have to be strong enough to hold up in court. Instead, it must only be strong enough for a Marietta criminal defense lawyer to use it as a poker chip during pretrial settlement negotiations. All good poker players know that you can bluff your way into a win, even if your hand isn’t the greatest.

Procedurally, when a defendant pleads guilty, the judge accepts the plea and sentences the defendant. But the judge doesn’t utter those magic words “I find you guilty of XYZ.” Instead, the judge defers this part of the proceeding until probation expires. If the defendant successfully completed probation, which isn’t the same thing as perfectly completing probation, the judge dismisses the case.

So, the judicial record goes away. However, the arrest record remains. If a landlord, employer, or lender asks about the arrest record later, we usually tell people to rather offhandedly say “I hired a Marietta criminal defense lawyer, and the lawyer took care of it.” That’s basically a true statement.

Early discharge from probation sometimes comes into play, especially in felony cases. Technically, a judge can discharge a defendant probation on the same day the judge hands down the sentence. Usually, a judge won’t take such action unless the defendant has completed about half the term, has paid all money due, and has an exemplary court supervision record.