The agency redefined a “short haul driver.” Previously, truckers who covered fewer than 100 miles could drive for only twelve hours at a time. Now, these limits are 150 miles and fourteen hours. Short haul drivers have fewer Hours of Service (HOS) rules to follow, such as mandatory rest periods. Additionally, if a driver encountered unanticipated adverse conditions, like a sudden storm, the driver can spend an additional two hours behind the wheel. The FMCSA also expanded the definition of “break.” Non-driving activities, like fueling up, now qualify as rest periods. Similarly, a brief nap in a sleeper berth now qualifies as part of the mandatory off time between shifts.

A coalition of safety groups and the Teamsters have filed a lawsuit challenging the new rules, which they call “flawed.” 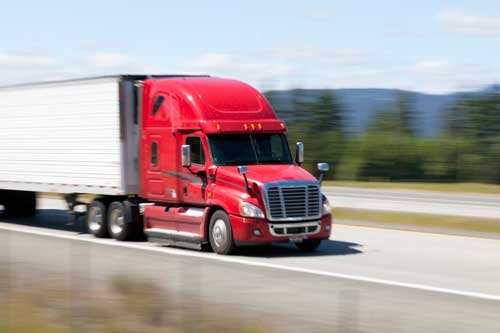 Drowsiness and alcohol have roughly the same effect on the brain and body. Alcohol is a depressant which slows motor skills and impairs judgment ability. Fatigue also delays reactions and puts people in a fog. In fact, driving after eighteen consecutive awake hours is like driving with a .05 BAC level. That’s above the legal limit for commercial drivers in Georgia. And, that amount of time is the equivalent of a long day on the road.

Driving a car under the influence of alcohol is dangerous. Driving a large truck while fatigued is even more dangerous. Fully-loaded large trucks weight a minimum of 80,000 pounds. Furthermore, regulators routinely grant waivers which allow even heavier vehicles on the road. These trucks are difficult for fully-alter experienced drivers to control. The more inexperienced the driver, the greater the risk. And, because of the ongoing truck driver shortage, many of these operators have little experience behind the wheel.

Roots of the Problem

Economic factors usually put drowsy drivers on the road. Most shipping companies pay drivers by the load instead of by the mile. So, drivers must deliver their loads as quickly as possible in order to make money. Most truck drivers have such narrow margins that a few dollars, or a few minutes, could be the difference between making money and losing money on a particular job.

Additionally, due to the aforementioned truck driver shortage, many transportation companies work with drivers who have limited qualifications or checkered pasts. As outlined below, that lax attitude often means additional compensation for victims.

Georgia and the federal government have HOS laws. Drivers who violate these laws and cause crashes might be liable for damages as a matter of law. But Georgia’s HOS laws are some of the most limited ones in the country. And, as outlined above, the FMCSA has essentially legalized drowsy truck driving so shipping companies can make more money.

So, a Marietta personal injury attorney must normally use the ordinary negligence doctrine to obtain compensation for victims. Both direct and circumstantial evidence is admissible.

Direct evidence of fatigue could include statements the tortfeasor (negligent driver) made about driving a long distance without rest. Some truck drivers consider such behavior a badge of honor, so they freely discuss the subject with anyone who at least pretends to listen.

An Electronic Logging Device might be available as well. Long haul drivers must have these devices, which automatically keep track of hours of operation. Previously, truckers kept paper logs of their driving hours. These logs were easy to fake. But the ELD is attached to the truck’s drivetrain. As long as the computer is working right, the results are almost unquestionably accurate in court.

Circumstantial evidence often includes the time of day. Most people are naturally drowsy early in the morning and late at night, no matter how much rest they had the previous night. Circadian rhythm fatigue is even more pronounced if the tortfeasor just had several days off or recently switched schedules.

Furthermore, largely because they sit for such long periods of time, many truck drivers are prone to sleep apnea. People who snore have a mild form of sleep apnea. In its more extreme form, this condition keeps people from breathing at night. Therefore, they wake up constantly and never get much deep, restorative sleep. In other words, these people are still fatigued even after a full night’s rest.

Medical records are usually admissible in civil claims, provided that an attorney lays the proper foundation.

Because of the size of these vehicles, large truck accidents often cause catastrophic injuries, like crippling burns and wrongful death. Frequently, individual truckers do not have enough insurance coverage to provide fair compensation to victims or survivors.

Vicarious liability theories, like respondeat superior, give these victims an additional source of recovery. According to this legal rule, shipping companies are financially responsible for damages if:

Drowsy truck drivers often cause serious injuries, and there are now more of these operators on the road. For a free consultation with an experienced personal injury attorney in Marietta, contact The Phillips Law Firm, LLC. We do not charge upfront legal fees in these cases.