Child support orders are, by far, the most common family support orders in Cobb County. If the couple has children, whether the couple is unmarried or married, someone almost always pays child support. Divorce orders sometimes include spousal support orders. However, most spouses don’t qualify under Georgia law, unless the divorce places an unfair financial burden on the obligee. That’s difficult to prove. A few other orders, mostly paternity orders, may contain financial reimbursement provisions, such as an order for a father to reimburse a mother for birth-related medical bills, or at least a portion of these bills.

In most cases, judges have considerable discretion when they set the amount and/or duration of payments. Since both obligors (people paying support) and obligees (people receiving support) have legal and financial rights, they both need a Marietta family law attorney throughout the legal process. Usually, this process starts when someone files a divorce, paternity, or other petition. Usually, the parties resolve these cases during mediation. Less than 5 percent of family law matters go to trial. 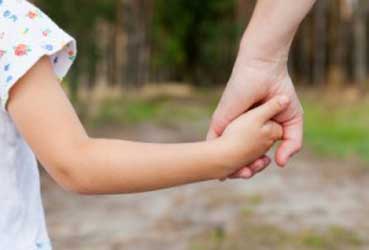 In most cases, a legal formula determines the amount of child support payments. Since Georgia is an income share state, this formula considers many factors, such as the proportionate income of both parties, the timesharing arrangement, specifically the number of overnight visits, the number of children before the court, and the child’s special needs. Any one of these factors could change later.

Additionally, the guidelines are only presumptively reasonable. To rebut this presumption, the challenging party must convince the judge that the guideline amount is unworkable or inappropriate. That’s a very tall order. Generally, if a child has a severe disability and the residential parent must either stay home or hire a full-time nurse, the judge may order additional support. Anything less usually isn’t enough.

How Far Behind in Child Support Before a Warrant is Issued?

Typically, an arrest warrant is the last resort in a child support enforcement matter. Generally, no one wants to see an obligor go to jail over something like this. Additionally, this method may be illegal, under an obscure 1833 federal law which prohibits debtors’ prisons. So, before a judge issues a warrant, the obligor must normally ignore repeated court orders and evade the court, perhaps by frequently changing bank accounts or jobs to stay one step ahead of collection efforts.

These collection efforts are often more effective than issuing a warrant. These alternative methods include:

The attorney general has these same enforcement powers. Usually, it’s better to work with a private Marietta family law attorney who works for your family, instead pf for the state.

Incidentally, obligees cannot cut off or hinder visitation if obligors are behind on support payments. Such an act is essentially holding the child for ransom.

Can I Change the Amount of Support I Pay or Receive?

We mentioned the four primary child support factors (proportional income, number of overnight visits, number of children before the court, and child’s special needs) above. One or more of these factors often changes at least once a year.

Income changes are the most common changes. The judge will modify the payments, up or down, if the obligor’s or obligee’s income materially, permanently, and unexpectedly changes. Obligors cannot leave high-paying jobs to reduce their child support obligations.

Judges lower child support obligations as each child turns 18 or graduates from high school. This process could be administrative as well. The Attorney General often handles party requests for age-related child support reductions. In Georgia, judges cannot order obligors to contribute to college costs. However, if the parties make such an arrangement and file it with the court, the arrangement is usually enforceable. Stepchildren don’t count, at least as far as child support obligations are concerned.

The child’s special educational, medical, and other needs often change as well. The focus is on the child’s needs, not the child’s wants or the parent’s needs.

We also mentioned self-help mechanisms above. If child support obligations change, parents need to get these changes in writing and convince a judge to approve them. As far as the judge and the attorney general are concerned, the most recent court order is the only order that matters.

Child support orders may be the most important FSO in family law matters. For a free consultation with an experienced Marietta family law attorney, contact The Phillips Law Firm, LLC. Convenient payment plans are available.