Criminal charges may be forthcoming against a dog owner after the animal, which had injured another neighbor in a previous attack, killed an infant girl and seriously injured her great-grandmother.

When sheriff’s deputies arrived at the scene of the attack, the great-grandmother has multiple serious lacerations. The girl wasn’t breathing because of her injuries. Emergency responders rushed both victims to a nearby hospital. The girl didn’t survive.

The animal’s owner arrived on the scene shortly thereafter. He gave a voluntary statement to police officers. A subsequent investigation revealed that the dog had attacked people before. “It won’t let anyone come near anybody. I guess dogs are supposed to be protective, but that dog can be a little more overprotective, like in a vicious way,” one neighbor remarked.

The animal is a Great Pyrenees-American bulldog mixture. The owner posted a “Beware of Dog” sign on a chain link fence that surrounds the backyard. 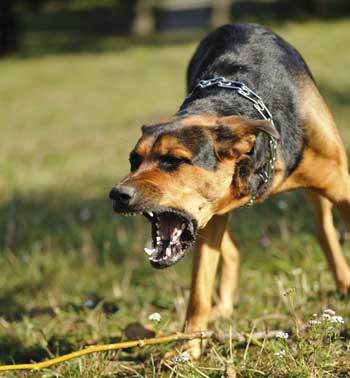 A violation of Georgia’s harboring a dangerous dog law is normally a misdemeanor. However, it could be a felony in some cases. This law applies to “dangerous dogs,” a term of art (specific term) which basically means an animal that “Inflicts a severe injury on a human being without provocation.”

Usually, a severe injury is an injury that requires a hospital admission. Treatment in the Emergency Room is usually a serious injury as opposed to a severe injury. That’s a very fine line and it could be a defense to a criminal charge. More on that below.

“Provocation” typically means more than subjective provocation, like disturbing a sleeping dog or making a fast or unpredictable movement. Instead, provocation is almost like self-defense. The reaction must be proportional to the threat. In other words, only physical provocation, like poking a dog with a stick, justifies a violent response.

Generally, owners are entitled to notice and hearing before an official applies the dreaded “dangerous dog” label. The notice must be specific enough to give a Marietta criminal defense attorney a realistic chance to defend the owner. The hearing usually must include credible evidence about the bite and the facts leading up to the bite.

If the dog is adjudicated dangerous, it’s usually illegal to keep the animal, unless it’s locked in a crate or cage, on a leash and actively restrained “a person capable of preventing the dog from engaging any other human or animal,” or the animal is a herding, hunting, or predator control dog.

It’s also illegal to leave a dangerous dog unattended near minors. If the county presses criminal charges in the above story, these charges will probably involve this subsection.

Like most criminal charges, these cases could have procedural and substantive defenses.

Generally, authorities don’t have warrants when they respond to disturbance calls. It’s generally illegal for peace officers to enter private property without a warrant, unless a narrow exception applies.

The exigent circumstances exception could apply in dangerous dog/dog bite cases. This exception allows officers to enter a dwelling or other building without a warrant if they reasonably believe someone might be in trouble.

The nature of the call is important. If officers got a noise complaint about a loud dog, that situation might not qualify as exigent circumstances. Loud dogs are annoying, but they aren’t dangerous.

These offenses also involve Miranda violations. Usually, the issue is officers start asking questions without informing people of their right to remain silent, their right to an attorney, and so on. But in these situations, harried owners often start talking before officers ask questions. Legally, voluntary admissions are only admissible in court if officers properly Mirandized the defendant.

Lack of evidence could be a defense as well. The state has the burden of proof on all elements of the offense. That includes the dangerous dog declaration and the facts of the bite at issue. Frequently, these scenes are so confusing and everything happens so fast that the witnesses aren’t especially credible.

If you think the criminal dog bite statute and issues are complex in Georgia, wait until you see the civil laws and issues. The three basic options are:

Most dog bite claims, like most injury claims, settle out of court. Many cases settle during mediation, which is basically a court-supervised negotiation session.

We covered the provocation defense above. In a civil suit, provocation is essentially like comparative fault. Contributory negligence shifts blame for an injury accident from the negligent party to the innocent party.

The assumption of the risk defense, which usually involves a “Beware of Dog” or other warning sign, comes up frequently as well. A sign doesn’t mean the landowner gets off scot free. The defendant must still prove, by a preponderance of the evidence, that the victim:

In the above story, the sign was in the back yard. Anyone who came through the front wouldn’t see the sign. Additionally, some victims, especially young children or individuals with limited English proficiency, either cannot read such signs or cannot understand what they mean.

Dangerous dogs could create criminal and civil liability issues. For a free consultation with an experienced criminal defense lawyer in Marietta, contact the Phillips Law Firm, LLC. We routinely handle matters in Cobb County and nearby jurisdictions.