The War on Drugs was just heating up when Elvis met Nixon in December 1970. Elvis asked Nixon to make him an undercover marshal, since he was familiar with “the drug culture” and “communist brainwashing techniques.” We aren’t sure how one relates to the other. Furthermore, the King didn’t say how he became familiar with the drug culture. That admission would have permanently dashed his hopes for a tin star.

Fifty years later, the War on Drugs has tapered off considerably since it peaked in the 1980s. However, it is still going strong. That’s especially true regarding Schedule I drugs, like cocaine, LSD, heroin, and other extremely powerful narcotics which have no medicinal value. Law enforcement officers will do whatever it takes to keep such substances off the streets.

This aggressive posture sometimes comes back to bite law enforcement officers when these cases go to court. Officers often take shortcuts to ensure arrests, and shortcuts are almost illegal in criminal court. Furthermore, contraband possession cases are not easy to prove in court. So, a Marietta criminal defense attorney has several chances to successfully resolve these charges. 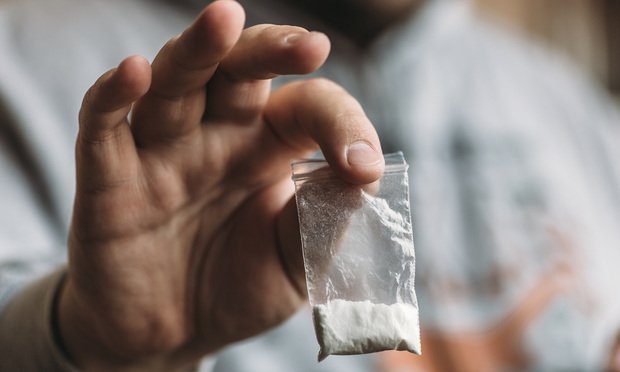 Cocaine possession cases are almost always unexpected arrest cases or climb-the-ladder cases. Both kinds of prosecutions usually have search and seizure issues. According to the exclusionary rule, if police illegally obtained evidence, it’s inadmissible in court. If that happens, the state’s case collapses, much like a house of cards.

Unexpected arrest cases usually begin with detentions for unrelated matters, such as a traffic stop. Responses to disturbance calls, like a loud party, also trigger many unexpected arrest cases. Police officers either follow up on physical symptoms of drug use, such as glassy eyes and slow reflexes, or stumble across drugs during a search. Since officers almost never have warrants in these cases, a narrow search warrant exception must apply. Some common exceptions include:

In a climb-the-ladder case, officers arrest an individual who has a tiny amount of cocaine, ask him/her where s/he got it, promise leniency if s/he cooperates, and then arrest the person higher up the ladder. Alternatively, a paid informant tips off police officers about a pending drug transaction or similar nefarious incident. The main issue with these arrests is that they hinge almost entirely on an informer’s testimony. Since many people will say nearly anything for love or money, these tips are almost per se unreliable. Only corroborating evidence or a successful track record of information can save these tips.

In the everyday world, possession is usually synonymous with ownership. But under Georgia law, possession has a much narrower meaning. In fact, to prove possession in court, prosecutors must establish:

Assume Jerry gets a ride home with Pam. She acts nervous when a patrol car passes her, and the suspicious officer pulls her over. When the officer approaches the car, he sees what looks like a baggie under a rear floor mat. Since the baggie contains drug, he arrests Jerry and Pam for possession of cocaine.

These facts seem pretty airtight, but they would not hold up in court. The stop was illegal. Officers cannot pull over drivers who “don’t look right.” Usually, they must have something more substantive, like a traffic violation or a report that the vehicle was stolen. Furthermore, prosecutors would be hard-pressed to prove that Jerry knew about the hidden drugs in the back seat. That’s especially true since the state must prove this element beyond a reasonable doubt. That’s the highest standard of proof in Georgia.

Of the three possession elements, the state could most likely only prove proximity in this example. By law, any item in the passenger area satisfies the proximity element. In fact, if the drugs were in the trunk or in the bed of a pickup truck, that might also be enough to prove this element.

Prosecutors control pretrial diversion programs. Usually, if the defendant stays out of trouble while the case is pending and jumps through a few legal hoops, like completing a community service requirement, prosecutors dismiss the case.

In both situations, there is no conviction record, but the arrest record remains. There are some ways to eliminate this record, such as expungement or sealing.

A cocaine possession arrest does not automatically lead to a cocaine possession conviction. For a free consultation with an experienced criminal defense attorney in Marietta, contact The Phillips Law Firm, LLC. Home, after-hours, virtual, and jail visits are available.