Way back in the day, Woodstock was a whistle stop on the L&N (Louisville and National RR). As recently as 2000, it was basically a speed trap and rest stop on Interstate 575. Today, the population has tripled since 2007, when Woodstock was named the tenth-fastest-growing suburb in the United States.

In terms of law enforcement, Woodstock has the largest municipal police force in Cherokee County. The police have jurisdiction over eleven square miles inside the city limits, and the county sheriff is responsible for the unincorporated outlying areas.

Woodstock’s municipal court handles most traffic citations and low-level misdemeanors, like curfew violations, MIP (minor in possession of alcohol), and criminal trespass. The judge usually takes care of pleas and bench trials. If the defendant wants a jury trial, the case usually goes to the county seat in nearby Canton.

Speaking of criminal trials in Canton, these cases are challenging to successfully resolve. Generally, jurors in rural areas like Cherokee County are harder on defendants than jurors in urban areas, like Cobb or Fulton County. Additionally, if the case comes from Woodstock and goes to trial in Canton, there is usually no home field advantage. Woodstock is two towns over from Canton. So, a Marietta criminal defense attorney must take all these things into account.

Speeding is by far the most common traffic violation in Woodstock. If you are travelling north from Marietta, Interstate 575 is basically arrow-straight until you reach the Woodstock city limits. As a result, the sudden speed limit change catches many people off guard. There is almost always at least one patrol car hiding nearby. 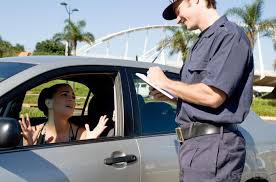 Generally, police officers write lots of speeding tickets because the fines are high and they are usually rather easy to prove in court. However, there are usually some defenses, such as:

Roughly these same defenses apply in other traffic violations, such as changing lanes illegally or failure to stop at a traffic signal.

Especially with regard to speeding, a plea to a lesser-included offense is often a good idea. Some speeding infractions have higher fines and more points than others. A plea is also a good option for people who do not particularly want to spend the day in Woodstock waiting for their case to be called.

The tiny Woodstock Municipal Jail has basically no pretrial release program. So, cash bail or a bail bond are usually the only jail release options.

Cash bail is usually an option in misdemeanors and most felonies. Authorities usually set a presumptive bail amount based on the severity of the offense and the defendant’s criminal record.

According to some studies, bail should be lower and not higher if the defendant faces serious charges and/or has a criminal history. People who face serious charges are more likely to appear in court, as are people who have been through the system before. But that’s the subject of another blog.

Anyway, if the defendant posts the entire amount in cash, the city or county usually refunds most of the bail when the case is resolved. The presumptive amount might be $700 for a misdemeanor and $1,500 for a felony.

For most people, $1,500 might as well be $1.5 million. They do not have it. So, a bail bond, which is a surety agreement, might be better. For about a fifteen percent premium, a bonding company underwrites this surety bond and presents it to authorities. Typically, the bonding company assumes all the financial risk. There’s no need for collateral.

In serious felonies, such as murder or sexual assault, the defendant might have to wait until the arraignment, which is normally seventy-two hours after the arrest, for a judge to set bail. That hearing is usually in Woodstock, if the municipal police made the arrest.

Procedural defenses are often an issue as well. That’s especially true in smaller places like Woodstock, where the officers are not as experienced in these matters. Common procedural violations include:

Even if no procedural or substantive defense is available, it’s usually possible to successfully resolve these cases. That resolution could include pretrial diversion. If the defendant completes some program requirements, like community service, the prosecutor dismisses the charges.

Criminal cases work a bit differently in Woodstock than in other parts of Georgia. For a free consultation with an experienced criminal defense attorney in Woodstock, contact the Phillips Law Firm, L.L.C. We routinely handle matters in Cherokee County and nearby jurisdictions.