You are here: Home / Family Law / Complete Guide to Divorce Over 60 in Cobb County

For many years, divorce was illegal in Ireland. So, if their marriages disintegrated, the spouses faced some tough choices. Some people briefly established residency in another country where divorce was legal. Others obtained an informal “Irish divorce.” They remained legally married but lived separate lives.

For many years, among people in Georgia over 60, an Irish divorce was a popular option as well. These individuals often opposed divorce on moral grounds. Furthermore, older adults were not as active in the twentieth century as they are in the twenty-first century. Mostly for these two reasons, many people chose the Irish divorce route. Divorce was a social stigma, and there was little need to legally end their marriages.

These things have changed. Divorce’s moral acceptability rating is higher than ever. Life expectancy is higher than ever as well. If you are 60-ish, you could easily live another twenty years. That’s along time to stay in an unsatisfying marriage. So, the divorce rate among people over 60 recently hit a 40-year high.

In other words, an informal Irish divorce is no longer a proper solution for people over 60. And, just for the record, Irish voters legalized divorce in 1995.

A Marietta family law attorney is very familiar with the special legal, emotional, and financial aspects of a so-called grey divorce. This awareness usually means a lawyer can settle even the stickiest divorce cases out of court without sacrificing your legal or financial rights.

Georgia is one of the few remaining states which allows both fault and no-fault divorces. Either approach could be appropriate for couples over 60.

There are several evidence-based divorce categories in Georgia. Cruel treatment is probably the most common one. Almost anything, from an affair to a failure to wash the dishes, could constitute cruel treatment.

Think twice before you ask a Marietta family law attorney to file an evidence-based divorce. Defenses, such as recrimination, are available. If Husband acted was guilty of cruel treatment and Wife forgave him, she cannot later use cruelty as a basis for divorce. Once couples start airing all their dirty laundry, fault divorces could get very nasty very quickly.

So, a no-fault divorce based on irreconcilable differences is usually the best approach. If one spouse testifies that the marriage has hopelessly broken down, the matter is conclusively established. The other spouse cannot legally stop the divorce.

No-fault is not just cleaner emotionally. It also shifts focus from the couple and their problems to the substantive issues in the case. 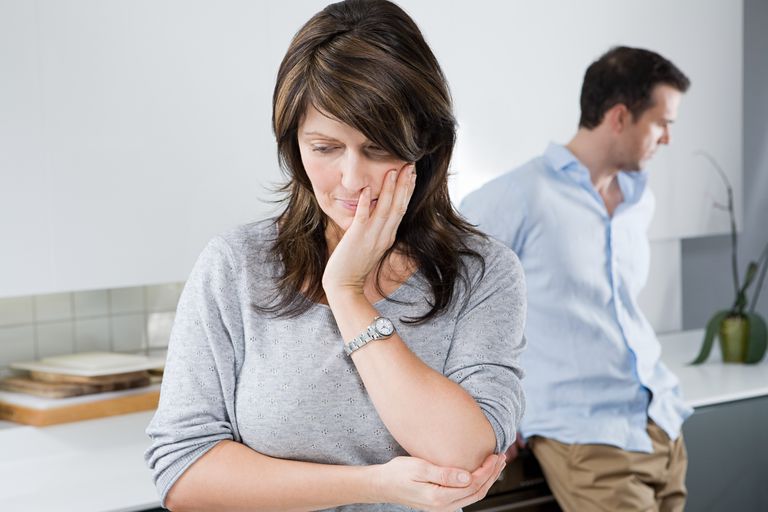 Younger couples usually have significant debts and older people often have significant assets. Although the legal principles are the same for both divisions, the approach is often different. Home equity, a retirement account, and current or future Social Security benefits are usually the largest assets to divide in a grey divorce.

Selling a shared residence and dividing the proceeds proportionally between the divorcing spouses is usually the cleanest emotional and financial approach. However, it’s not always the best one. If the real estate market is down, the owners could lose thousands of dollars on the sale. Furthermore, people in their 50s and even 60s often have minor children. It’s usually in the best interests of the children for them to remain in the family home. More on best interests below.

An owelty partition lien is often an effective alternative in these situations. One spouse remains in the house. The vacating spouse receives a lien for his/her share of the equity. When the occupant spouse vacates the home, the equity lien must be paid.

Incidentally, divorce only affects the deed. It does not affect the note. If the occupant spouse wants to get a home equity loan or a reverse mortgage, the other spouse must normally consent. Refinancing the loan is the only way to remove the non-occupant spouse from the note.

In most cases, retirement accounts have a large emotional value in addition to their large financial value. A 401(k) or other nest egg represents future financial security and a reward for diligent sacrifice. Furthermore, in many cases, a retirement account has already been divided once in a previous divorce.

These accounts are marital property which is subject to equitable division. “Equitable” is a relative term. To hold onto a greater share of a retirement account, contributing spouses often agree to offsets. For example, Wife might surrender her interest in the house to obtain a larger share of the couple’s retirement nest egg.

Finally on this point, let’s look at Social Security benefits. Divorced spouses are eligible for this retirement money. However, there are some additional qualifications, and these requirements are rather complex.

Separate maintenance, or a legal separation, could be an alternative in these cases. The couple remains legally married, but the judge divides property, resolves custody disputes, and enters other such orders. A Marietta family law attorney must ensure that both spouses agree to this alternative. Otherwise, one of them will most likely counterclaim for divorce and spoil the deal.

A phrase like “best interests of the children” means different things in different situations. To make the child custody determination process easier, Georgia law sets forth a number of factors in this area, such as:

A few closing words about grandparents’ rights. Adult children commonly blame Mom or Dad for their parents’ divorce. They retaliate by cutting off contact between their children and the alleged homewrecking spouse.

Grandparents have limited visitation rights in Georgia. Usually, they must prove that visitation denial would be harmful to the child and visitation is in the child’s best interests.

For practical purposes, the judge usually examines the parent’s motive for cutting off contact and the grandparent-grandchild relationship. If the parent suspended contact largely out of spite and the grandparents were more than babysitters, some limited visitation might be in order.

Divorce over 60 is much different from divorce under 60. For a free consultation with an experienced family law attorney in Marietta, contact The Phillips Law Firm, LLC. We routinely handle matters in Cobb County and nearby jurisdictions.