You are here: Home / Personal Injury / Calculating Damages for a Big Truck Accident

A tractor-trailer driver tried to change lanes on I-75/85 and inadvertently hit a Nissan 300ZX, causing it to spin. The driver then bumped the Nissan two more times before the sports car came to a rest on the shoulder. The Georgia State Patrol (GSP) noted that the car incurred some small dents on the driver’s side while the driver appeared uninjured. The truck operator explained that he didn’t see the Nissan, and the police charged him with Failure to Maintain Lane. 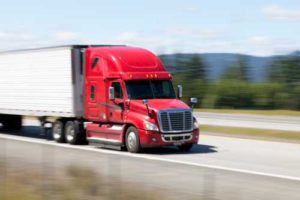 The attorney for the Nissan driver’s personal injury claim against the trucking company initially asked for $500,000. He showed that the collision resulted in his client’s neck and back pain, which ultimately led to a spinal stabilizer implantation and the need for spinal stimulator surgery. His medical bills had amounted to about $400,000 at this time.

Defense counsel rejected the initial offer, which compelled the personal injury attorney to increase the settlement offer amount by nearly $300,000, which was also rejected. During two separate mediations, the defense refused the attorney’s offer of $1.8 million and $2.9 million respectively. He then raised the offer to $5 million and included a provision in the agreement that would enable him to increase the demand by $1.5 million every two weeks.

The trucking company settled with the Nissan driver for $5 million, an amount that should help with his medical bills and impending spinal stimulator surgery.

Several things happen if you refuse a Breathalyzer in Georgia. To encourage, or rather force, more … END_OF_DOCUMENT_TOKEN_TO_BE_REPLACED

Historic violent crime levels are prompting citizens to go to the polls in 2022. Although everyone … END_OF_DOCUMENT_TOKEN_TO_BE_REPLACED

After a jury convicted him, a Winterville, Georgia man who allegedly tried to hook up with a … END_OF_DOCUMENT_TOKEN_TO_BE_REPLACED

In Georgia, and most other states, all parenting time and child custody decisions must be in the … END_OF_DOCUMENT_TOKEN_TO_BE_REPLACED

Especially if the holiday falls on a Monday, Tuesday, Friday, or Sunday, children are between three … END_OF_DOCUMENT_TOKEN_TO_BE_REPLACED