For centuries after Europeans arrived in the 1600s, American children were legally the property of their parents or guardians. The first children’s rights advocacy groups formed in the late 1800s. But there were still no child abuse laws. If prosecutors pursued child abuse cases, which were not very likely, they charged abusers with violating animal cruelty laws.

Along with many other things, that environment changed in the 1960s. An article in the Journal of the American Medical Association detailed the dangers of child abuse. For the first time, child abuse was a medical condition. By the mid-1970s, most states, and the federal government, had passed strict child abuse laws. These laws usually included mandatory reporting requirements.

Nevertheless, the old attitudes persist, which is one reason why child abuse is still a serious problem. Additionally, mandatory reporting prompts many organizations to err on the side of caution and report abuse or neglect if there is any evidence whatsoever. Largely due to the lack of evidence, a Marietta criminal defense attorney can usually resolve these charges successfully. 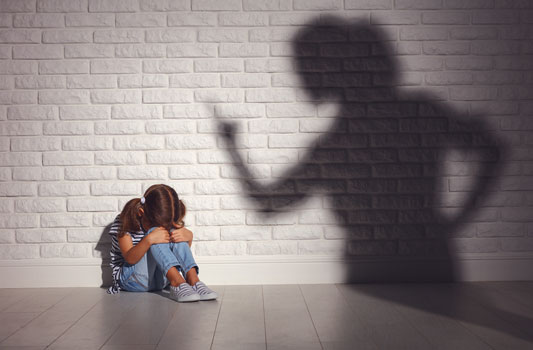 Abuse and neglect come in many forms. These things can be physical, emotional, or verbal. All forms of abuse or neglect are equally harmful. But for the most part, Georgia law only forbids physical conduct or misconduct.

In this area, although the laws have changed, adults still enjoy much more extensive legal protection than children.

Georgia’s domestic battery law does not have an injury requirement. A harmful or offensive touch is sufficient. Physical injury, such as a red mark, simply makes the offense easier to prove in court.

Child abuse is different. The Georgia law only applies if the child sustains a serious injury. Some examples include:

Simple domestic battery is always a misdemeanor. Any injury to a child is usually a felony. These convictions have significant direct and collateral consequences, as outlined below.

With some important exceptions, physical injury cases are normally easy to prove in court. If the child has a serious injury, very few jurors would believe the incident was an accident. Neglect is different. Economic factors often make these cases quite subjective.

There is an informal standard of conduct which is not in the law, but is nevertheless often compelling. If childcare falls below this standard, for any reason, an organization will probably file a formal criminal complaint. That action gets the ball rolling in a very undesirable direction.

As mentioned, economic factors usually come into play. Not everyone can afford to feed their children healthy meals three times a day. In these situations, parental intent is important. And, malicious intent is normally very hard to prove.

Child endangerment usually includes reckless activities which could cause immediate harm. Allowing a small child to ride in the front seat without a seat belt is probably neglect. Taking that child to see an R-rated horror movie might be more reckless, but that conduct does not constitute child endangerment, largely because movies do not cause physical injuries.

This part of the child abuse law bucks the trend. It is not limited to sexual contact. Child sexual abuse could also include:

Consent is only a defense in very limited circumstances, normally only if the victim and perpetrator were underage siblings.

There is a long list of people and agencies, mostly doctors, teachers, and welfare officers, who are subject to mandatory reporting requirements. The contact need not have occurred “on the clock.” If Mike’s teacher sees his parents mistreat him in the grocery store, the teacher probably has a duty to report it.

Significantly, this requirement is automatic. The teacher, doctor, or whoever does not need to get the parent or guardian’s side of the story. Additionally, the reporting party need not ask the child about the injury.

The legal standard, reasonable cause is very low and very poorly defined. Any accidental injury, such as a broken bone, could trigger the reporting requirement.

Any form of child abuse or neglect is normally a felony. That could mean prison time, even for a first offense.

Additionally, under a law passed in 2015, a conviction includes registration on the Child Abuse Registry. I some says, the CAR is a bit like the sexual offender registry for low-level offenders. Only licensing agencies, schools, law enforcement agencies, and a few other such groups can access CAR information. The data is not publicly available, https://holisticdental.org/klonopin-for-anxiety/.

It would make sense to remove names after the children are grown and gone. But once your name is on the CAR list, it remains there for life.

Lack of evidence is usually the best defense in criminal cases. The state’s burden of proof, beyond a reasonable doubt, is quite high. Many people are morally guilty, but they are not legally guilty, simply because there is not enough credible evidence to sustain the charges.

Attorneys use defenses like these to favorably resolve these charges out of court. That resolution often includes deferred disposition. After a brief period of court supervision, the judge dismisses the charges. That normally means no CAR registration or other collateral consequences. However, a child abuse case could still be a violent felony for immigration purposes, even if the judge did not technically convict the defendant.

Child abuse laws are broad and the charges are serious, but these cases do not always hold up in court. For a free consultation with an experienced criminal defense attorney in Marietta, contact The Phillips Law Firm, LLC. Convenient payment plans are available.